The title of the opening exhibition of The Green Parrot, “The World of Interiors”, comes from a well-known British interior design magazine. One of the most interesting artists to come out of 1970s London, French artist Marc Camille Chaimowicz, used the technique of collage to intervene in an issue of the magazine. The result was a very personal artist book in which he articulated the concept of interior as something in which the poetic cannot be separated from the political, nor the personal from the critical. This work functions as an introduction to the exhibition, in which five artists of this first exhibition subtly explore the meaning of the word interior as something not only domestic but also related to the most intimate part of our subjectivity: its objects and its imaginary. In a similar way, The Green Parrot, due to its architecture, also suggests a relation with the exhibition space and with the artists more intimate and affective, opening different relational possibilities in which to experiment with other discourses and possible meanings.

In parallel to the exhibition, we will present the first issue of the TGP Readers, a series of publications designed by Hijos de Martín that contains critical texts related to the concepts raised on the exhibitions. TGP Reader #1 comprises an essay by Peio Aguirre and a textual work by Henning Lundkvist.

Traditional Wallpaper, 2008
For more than forty years, Marc Camille Chaimowicz (Paris, 1947) has worked creating installations and environments that relate to literature, history of art and popular culture. For this exhibition, we have the pleasure of showcasing one of his wallpapers, which he produces in limited editions for Wallpapers by Artists. This prosaic and familiar component will remain as a permanent installation at the office of The Green Parrot: an element that refers to its former function as a set of conditions.

The Palaces Left Behind, 2014
Lúa Coderch (Iquitos, Peru, 1984) has produced a series of curtains that alter the relation between the interior and the exterior space of the exhibition. Its patterns refer to very specific type of photographs: those where the camera invades the domestic interior after a catastrophe or a violent action. Read more about her on her website.

Sungazing, 2013
Sungazing by Diogo Evangelista (Lisbon, 1984) is a hypnotic and seemingly abstract work that juxtaposes the sound of drones with close-up images of Moroccan carpets. Read more about him on his website.

Henning Lundkvist (Sweden, 1981) reacts to the spatial configuration and overall design of The Green Parrot by inserting a disruptive element in its interior. On the wooden table of the office, he places a record player with a 7-inch vinyl that reproduces the sound of a woodpecker. It is a repetitive and simple sound that interrupts working routine. Read more about him on his website.

By dint of walking among the areas of the uncertain (due to a certain mistrust), by dint of conversing with metaphor and utopia (to understand something more) and by keeping out of the way (certainly due to an innate calmness), we now find we have gained some experience; we have become good explorers. Maybe we can navigate wide, dangerous rivers, and advance into jungles where no one has ever set foot. There is absolutely no need for concern. Now at last we can go ahead with a light tread. The worst is over. We can sit down without too much danger and let even poisonous snakes or obscure spiders crawl over us; we can avoid mosquitoes, too, and eat crocodile meat with the greatest of ease; which doesn’t mean excluding chocolate and cream and crêpes-suzettes à la Grand Marnier. We can do — nearly — anything because, dear friends, as we were saying, we are old and skilled navigators on wide open seas. The fact is that we aren’t afraid anymore, I mean, to represent or not represent things or persons, be they elite or derelict, traditions or boorish. Our fear of the past is gone, and so is our still more aggressive fear of the future, 2014

David Mutiloa (Pamplona, Spain, 1979) works with the signification of Design as a vehicle to transmit a specific ideology. For this piece he focuses on the Memphis group from the 80s and specifically to the figure of Ettore Sottsass. The sculptures play with the duality between industry (steel, modernity) and ornament (ties, decoration) that characterises the movement. Read more about him on his website. 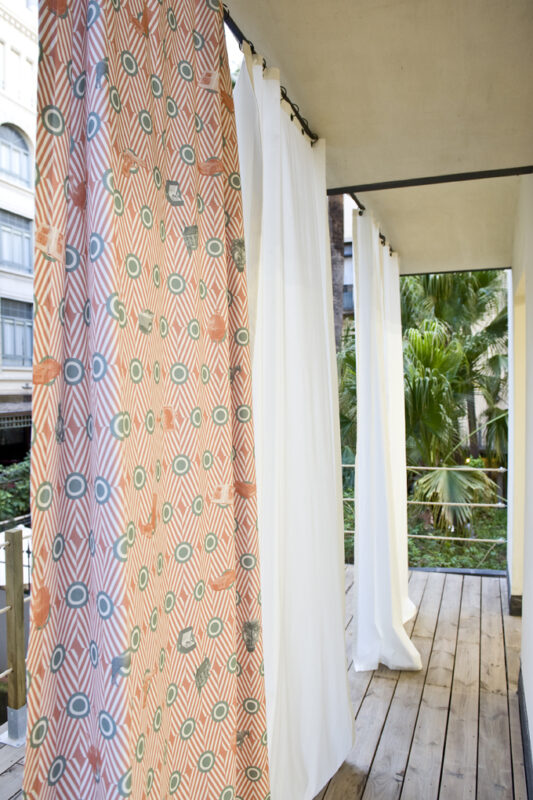 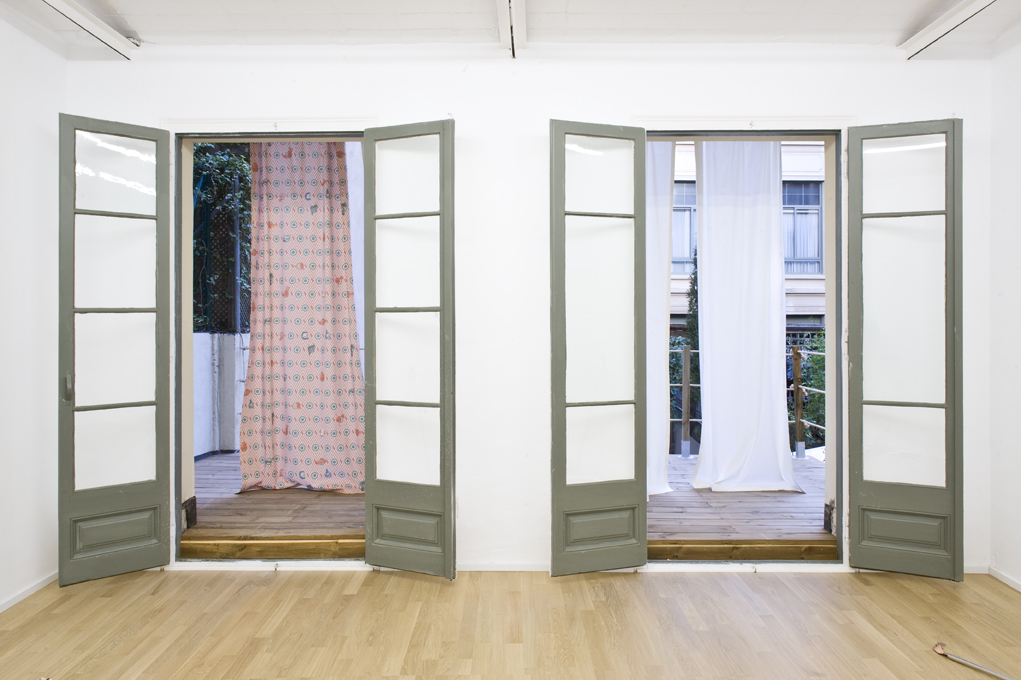 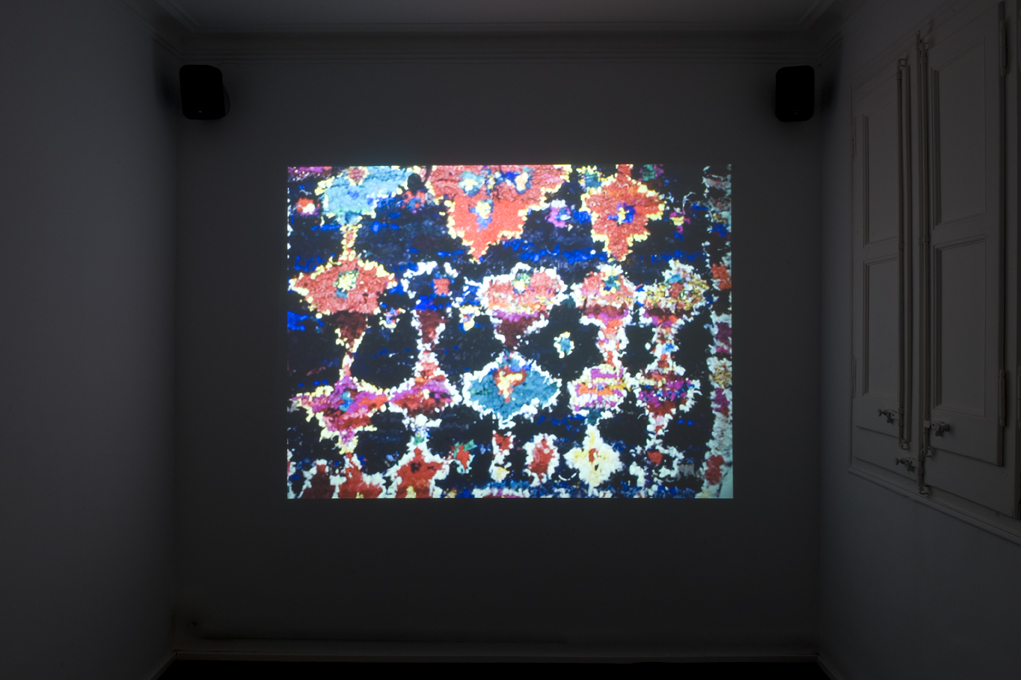