OPAVIVARÁ! is an artist collective performing almost imperceptible actions that merge with the commonplace and are inspired by the Brazilian tradition of street carnival. These actions generate moments of art and poetry in occupied spaces, where the public is not only invited to interact with the work but becomes a fundamental agent in its execution. On this occasion they have been invited to Barcelona to recreate two projects that have already been produced in Rio and which will be transformed in the current context with the collaboration of different local agents and organisations. They have largely worked in the public space of Rio de Janeiro, a port and coastal tourist city that has suffered similar problems to those of Barcelona and its metropolitan area: costly mass events, population displacement and privatisation of the coastal areas. In the narrow streets and seafront of the Barceloneta neighbourhood they will create  interventions that may pass unnoticed, or perhaps appear for a moment on the sand of the beach, on wet bodies or in balconies. Actions that alter the perceptive and political order of human relations and prompt reflexions on everyday experiences.

For “I ♥︎ Street Vendors”  the artists collaborated with the “People’s Union of Street Vendors” to make a series of portraits in the form of postcards that were distributed around the city with the slogan “Jo ♥︎ manters” (“I ♥︎ street vendors”).

For Cangaço they worked with different grass roots organisations to create slogans that reflect the problems and the history of the neighbourhood of La Barceloneta. These “cangas”, Brazilian word for beach sarongs, can be seen by the beach and hung on the balconies of Barceloneta. 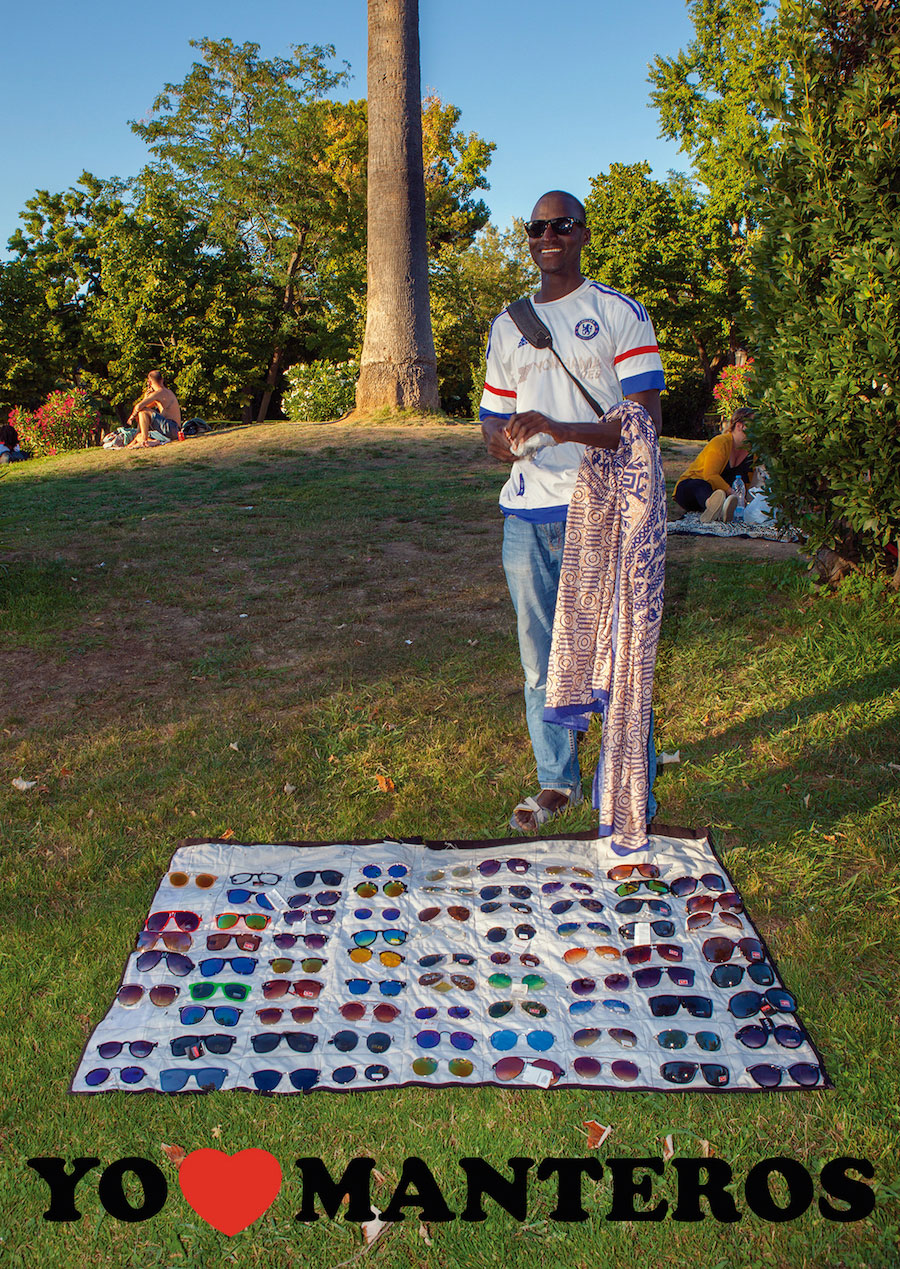