One of our last projects was -‘ — ‘- – with Daniel Steegmann Mangrané, at the Fundació Antoni Tàpies, in 2018. The action was summed up in flying a tropical butterfly in the institution space for several weeks. A small gesture that may or may not be visible during the visit, depending on the mood of the insect. That butterfly revolutionized the institution. Something so conceptually simple turned out to open many discussions. From the public who wrote letters of claim for not having seen the butterfly, even the staff who mobilized to “take care of it”, even the demands of the press to know the exact moment of birth to be able to film it. The project turned out to be a lesson about other species and about our perception of nature, as well as a beautiful episode of institutional critique. How could we date an exhibition that dealt with of the duration of a life? How to explain to visitors that, just as the breeder had explained, the butterflies spend most of the time quiet and hidden? That pause to observe natural times made the distance greater with the moment of hyper-acceleration and consumption in which we lived. It also coincided with a time of maternity during the first years of life, in which the hours are lengthened or accelerate according to biological rhythms. From those hours wasting time arose the will to know of other ways of understanding it, closer to the natural cycles, and a title for what I wanted to recover: the quality time and space of encounter with the artists from our previous venue. It would be other times for The Green Parrot, other times for myself as a person and curator, and also to work with some artists who were already researching long processes and on other cosmologies prior to Modern temporality. Unfortunately (or not) that title today resonates with other types of temporary experiences and acquires a tinge of premonition. Now we can say that it’s really a new time for the world. Now time is forced to stretch. Exhibitions are constantly changing their closing dates. We lengthen them hoping that foreigners might visit us, that the artists will manage to come. This has also happened with The Green Parrot: the opening date has been postponed for a year due to permits, renovations, restrictions and uncertainties. We inaugurate a group exhibition in a new venue with eight proposals. Each of them also approaches other ways of understanding time, more close to natural rhythms or cosmologies or far from the dichotomy nature-culture. Works that are made during the exhibition, such as Fungi Fantasy and their friends Crazy Bacteria by Agustín Ortiz Herrera; or that start from a long process of joint production, such as the silks by Chiara Camoni. Times that overtake us every time we think of it, like that of the universe. The works have also revealed many other synergies that are inevitably related to those (other) ways of understanding time and its epistemologies. Figures appear that proposed a diverse understanding of time, as a part of scientific knowledge like Hildegard von Bingen and Franz Anton Mesmer, or the same Popova in his attempt to create a theory of color linked to neurological perception. The artists rescue these characters to suggest a more intuitive approach, or propose alternatives to a specific system of power. 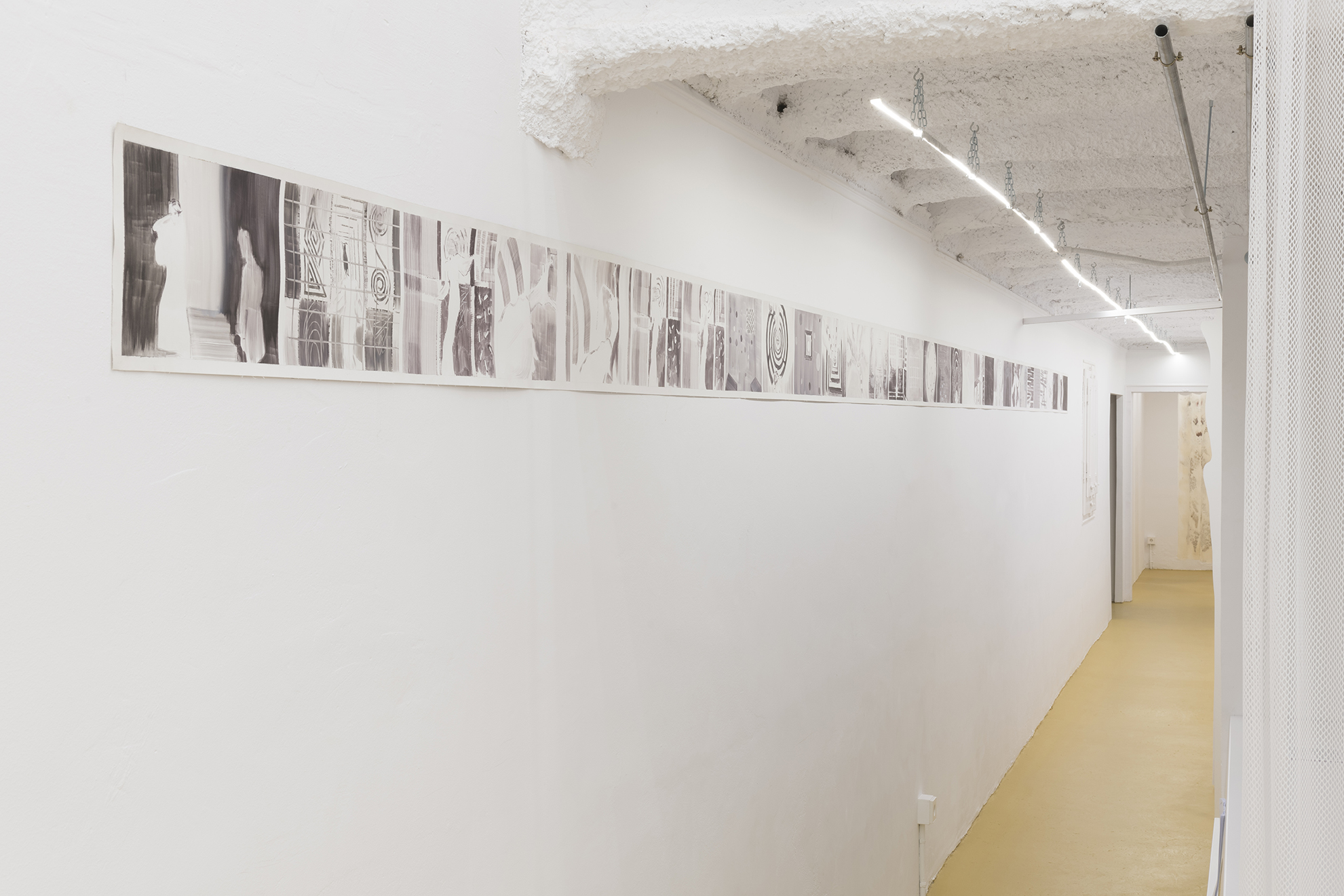